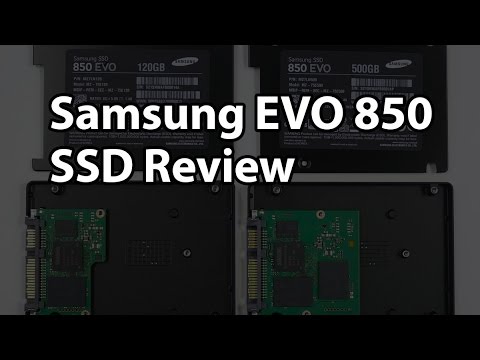 Mid last year, Samsung introduced the 840 EVO. This was their evolutionary step from the 840 Pro, which had launched a year prior. While the Pro was a performance MLC SSD, the EVO was TLC, and for most typical proved just as speedy. The reason for this was Samsung’s inclusion of a small SLC cache on each TLC die. Dubbed TurboWrite, this write-back cache gave the EVO the best write performance of any TLC-based SSD on the market. Samsung had also introduced a DRAM cache based RAPID mode – included with their Magician value added software solution. The EVO was among the top selling SSDs since its launch, despite a small hiccup quickly corrected by Samsung.

Fast forward to June of this year where we saw the 850 Pro. Having tested the waters with 24-layer 3D VNAND, Samsung revises this design, increasing the layer count to 32 and reducing the die capacity from 128Gbit to 86Gbit. The smaller die capacity enables a 50% performance gain, stacked on top of the 100% write speed gain accomplished by the reduced cross talk of the 3D VNAND architecture. These changes did great things for the performance of the 850 Pro, especially in the lower capacities. While competing 120/128GB SSDs were typically limited to 150 MB/sec write speeds, the 128GB 850 Pro cruises along at over 3x that speed, nearly saturating the SATA interface. The performance might have been great, but so was the cost – 850 Pro’s have stuck around $0.70/GB since their launch, forcing budget conscious upgraders to seek competing solutions. What we needed was an 850 EVO, and now I can happily say here it is.