How to Play Scattergories 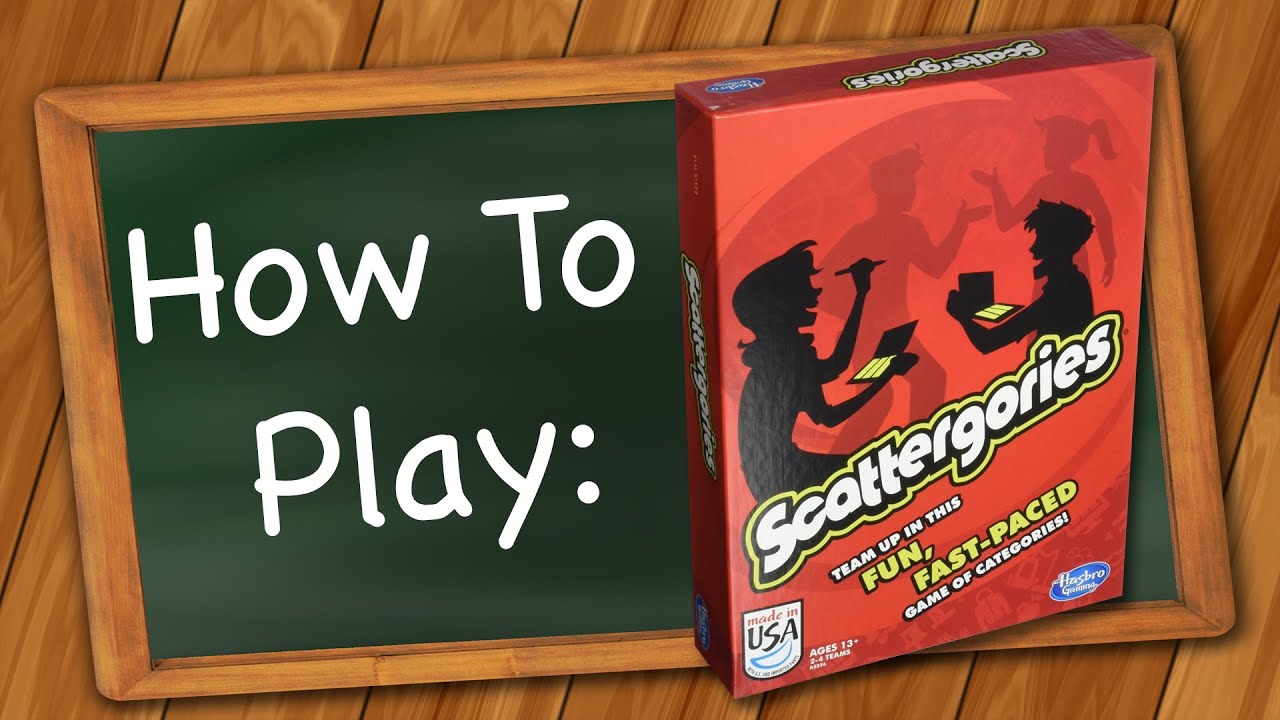 Learn the rules to the board game Scattergories quickly and concisely – This visually rich video has no distractions, just the rules.

Don’t own the game?
Buy it here: (This Amazon Affiliate link directly supports me)
RULES:

The object of the game is to score the most points. You score points if no other player matches your answer. Setup: Separate the category cards into 6 sets of lists numbered 1-12. The cards are double sided. Give each player a play folder. Store the lists inside each folder on the left side. Every player slides a blank answer sheet into the right side of their folder.

The game is played in 3 rounds. To play a round, first decide which list number you want to use and clip that card in the folder so that it is facing you. Make sure each player is using the same list number.

Press the stop side of the timer switch. Turn the knob clockwise as far as it will go. Be careful not to damage the timer by over turning it. One player rolls the 20-sided letter die to determine the key letter. Because the die is heavy, use the die rolling board to help prevent possible damage to table tops.

One player presses down the start side of the timer and the round begins. All players simultaneously quickly fill in the first column of their answer sheets. Answers must fit the category and must begin with the key letter rolled.

You may challenge a word you don’t think fits a category. Every player votes whether or not they think it is acceptable with a thumbs up or thumbs down. Majority rules. If it is a tie, then the word is rejected.

When the timer stops players must immediately stop writing. Players, in turn, read their answers aloud. When the player reads an answer to a category that is the same as another player, the other players inform, and all those players cross off that answer on heir answer sheet. No points are awarded for players having duplicate answers.

If the player reading aloud has an acceptable answer no one else has for that category, then he circles that answer and will score 1 point for it. Tally up the score for the round and write it at the top of the column. Reset the timer and roll the die. If you roll the same letter already used in the game, re-roll it. Using the same list, as the previous round, repeat the process two more times.

After the 3rd round, tally up all the points from all the rounds, the player with the most points wins. If there is a tie, play one more round. The tied player with the highest score from that round, wins.

To play the extra points variation. When answering with proper names or titles, score an extra point for each use of the key letter more than once as a first letter in a multiple word answer.

There are 3 yellow marks on the timer. For a challenging game with less time, set the timer at any one of these marks.