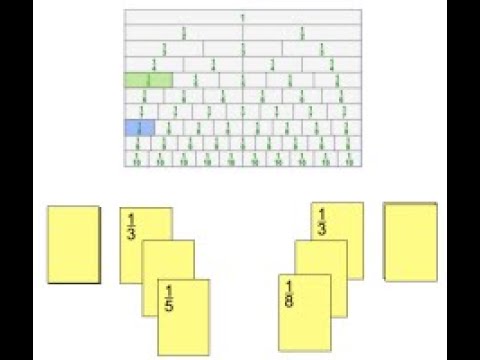 Divide the deck of cards evenly between two players. To play, each player takes the top card from his stack of cards and lays it down face up in the middle of the playing area. The player whose card is greater takes both cards.

Keep playing until two same cards are played. Now you have a war! When this happens, both children lay one card face down, then lays a third card face up. Now who has the greater amount? That person wins all six cards.

You’ll notice in the video that the Reids have their own variation with wars. They don’t lay down a facedown card; they just lay down another set and winner takes all four cards.

Play until one person or team gathers all the cards from the other player or team. If this dramatic loss is upsetting, play for a specific amount of time, say 10 or 15 minutes. This generally avoids one person being totally cleaned out of cards.

To read more about this fun game, go to